Last night, Pogo brought the “My Collection” feature over from the classic Pogo site to the Classic Library tab of the new Pogo site for a small number of players.

To see if you have access to the new albums, go to your Profile page on the new Pogo and click on the Classic Library tab. If you have it, your My Collection section will say “Explore your Albums on the new Pogo.”

If you don’t have access to the new albums yet, don’t worry. This is something Pogo will be rolling out to all players over the coming weeks. And here’s a sneak peek of the albums: 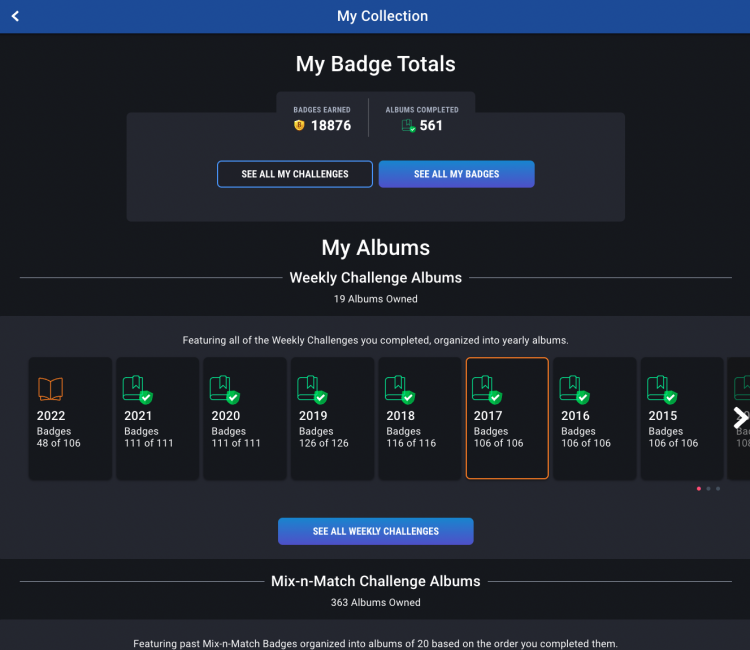 For more details about this update, see the Pogo Blog post.