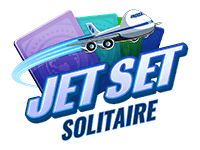 Pogo has added the Autumn Cove world tour to Jet Set Solitaire today. This is a limited-time tour and though it has not been officially stated it will probably retire on October 21st. In order to access the Autumn Cove pack, open the game and you will find it in the upper right corner. You must have completed the First Trip World Tour already. There are two new badges to be earned:

See all of the Jet Set Solitaire levels and badges.