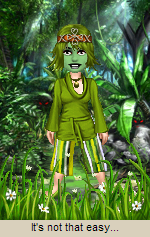 By now we’ve all had a little bit of time to earn Pogis and get to know the new Constellation system. This weekend, please take some time to thoughtfully leave your reactions, tips, and Pogi totals in a comment below. You can view your Pogis by clicking on the Pogis icon (gold star with a P in it) at the top of the Early Access site and your Total Pogis will be shown in the table at the top.

What do you think of Pogis? Do you have any tips to share with other players? How many Pogis do you have now?