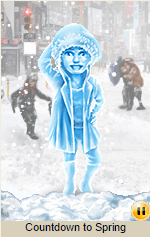 Tell us about one person you admire and/or look up to.