You are here: Home / pogo games / Letters from Nowhere: Free Episodes and Power-Ups 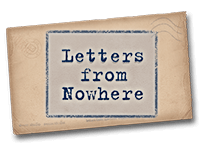 Pogo will be retiring Letters from Nowhere on October 8th, when they retire the first set of Flash games.

Pogo has now made all Letters from Nowhere episodes and power-ups free. It’s likely they will remain free until the game retires, but it’s a good idea to head in and complete any you’d like to own before the game itself is gone from Pogo forever.

Thanks to KerrBear197800 for sending in the news!