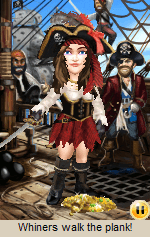 How long do  you think a Pogo badge should take?