As part of their 19th Anniversary Celebration, Pogo is having a limited-time sale on their Gem packages from now through Thursday. Each of the Gem packages have been loaded with extra Gems for your money: 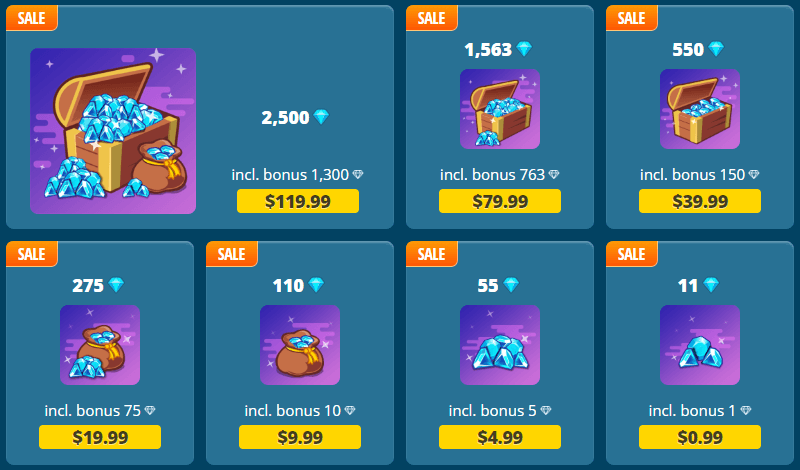 Regular pricing of these packages ranges from 9.9c per Gem to 5.9c per Gem. No coupon code is needed for this sale on Pogo Gems, each sale pack is already adjusted in the Gem Shop.

Note: the maximum number of Gems you can have in your account is 4,164.