You are here: Home / albums & badges / mix-n-match / Sale: Mix-n-Match Badges Back from the Vault 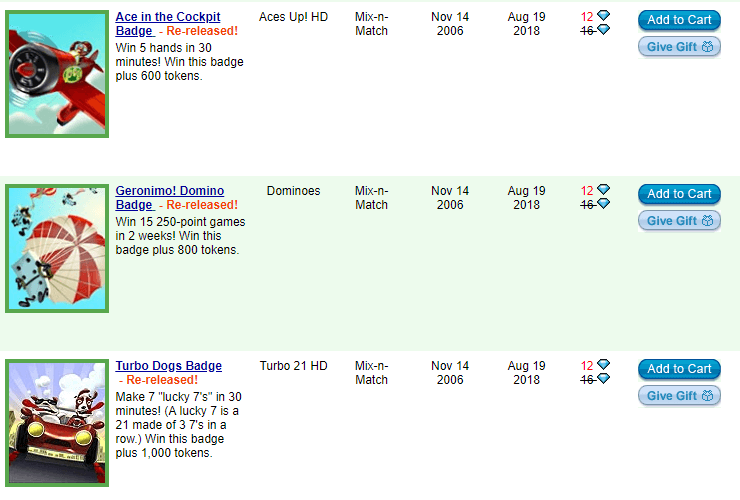 As part of Pogo’s Summer Badge Sale, Pogo has re-released 142 previously-retired Mix-n-Match badges. These badges were requested by players to be re-released, and were originally released between November 2006 and April 2017. Each badge is on sale for 12 Gems each and will be available until August 19.

To more easily find these among the other re-releases and retiring items on the Retiring Soon tab, sort by “Retires” and look for the badges retiring on August 19 marked as “Re-released” (as opposed to New!).

Did you pick up any of these badges today? Please also use the comments here to share your tips and tricks on any of the badges re-released today.