Pogo is having a limited-time sale on their Gem packages from now through Tuesday. Each of the three select Gem packages have been loaded with extra Gems for your money: 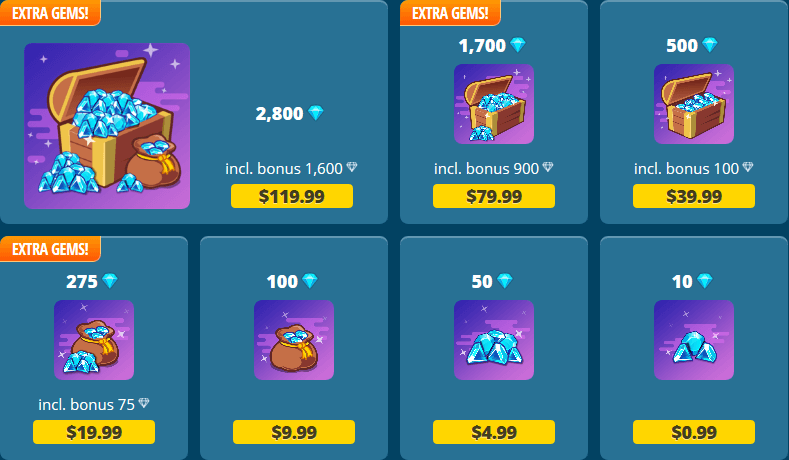 Regular pricing of these packages ranges from 7.9c per Gem to 5.9c per Gem. No coupon code is needed for this sale on Pogo Gems, each sale pack is already adjusted in the Gem Shop.

Note, there is a maximum amount of Gems you can have in your account. Pogo has not officially stated a correct number (it was once said to be 4000) but players have deduced it’s actually somewhere around 4164.