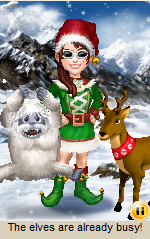 Paris sent in this weekend open thread topic a while back. She’s asking about the poll on Badge Central that asks which challenge was more fun and how long each one took. I know a lot of people are very interested in seeing the reported results each week so they take the time to fill out the poll just to unlock the results. But what about you?

Do you fill out the Wednesday challenge poll each week?