Chuzzle Slots is another Pogo Parlor* game that will be coming in the near future and it’ll play just like Zuma Slots with the coin bucket system, autoplay button, and special symbols that launch a bonus game. It’s also got 50 ranks and 5 badges.

*Pogo has classified their new Zuma Slots and the upcoming Bejeweled 2 Slots as “Pogo Parlor” games, and there are more on the way. It’s likely this designation refers to a new line of games that have timed refills of coins and do not use Pogo tokens.

Here’s a screenshot of Chuzzle Slots: 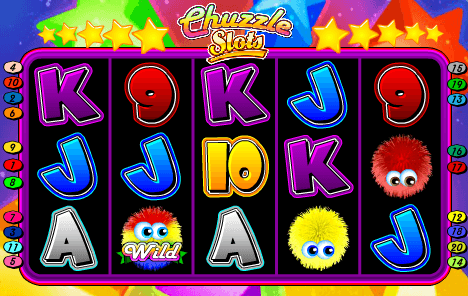 This game will have some interesting bonuses: Chuzzle Free Spin Disco, Chuzzle Pick a Bottle, and Chuzzle Reaction Bonus. 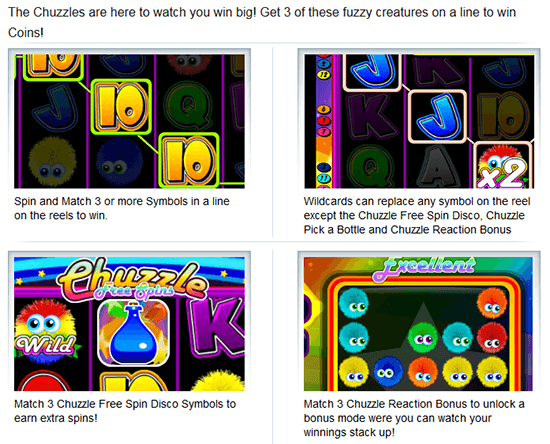 And here are the rank badges: